(Not a member? Register now!)
Home | News | MyDrama | Music | E-Bios | Tweets | FAQ | Contact
How to Spot a Pedophile
by xcoolx

[Sticky’s note:  In my opinion this is the best user-submitted post ever.  Had me smiling from the beginning and busting out laughter at the end.  And as best as I could see, not a single damn typo in the whole piece.  Congratulations, great writing!]

Once upon a time the internet was a safe place, and all children had to fear was strange men in playgrounds, hanging outside schools, catholic priests, and anyone who offered you sweets or promised to show you their ‘puppy’. However … there are many types of pedophiles, and most of those pedophiles have acquired internet access in order to pursue their perverse activities with even greater ease.

I will demonstrate the different disguises and means these sick but cunning bastards use in order to to snare their loli’s and shotas.

This young man is clearly a pedophile:

Note: The suspicious glasses, which he has also given to his victim (sitting next to him, yes an 11 year old girl) in order to buy her into bed.
Also Note: The scary look of determination on his face which suggests that the person taking the photo is also a kiddie he desperately wants to fiddle.

I must also add his name is Milo (which automatically makes him a pedophile regardless of any contradictory evidence).

Another example is the Metal/Scene Man 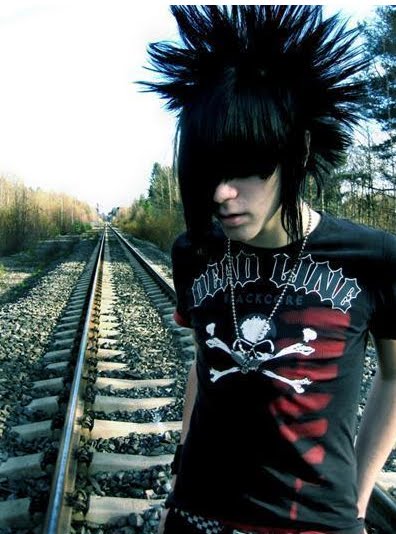 This predator is regarded as extremely ruthless and internet savvy. They are highly unashamed in their crimes and have no qualms with breaking statutory rape laws or even getting involved in voyeuristic sleep-rape escapades. You can spot them by lurking their Facebook/Myspace/etc where they will have thousands of lolis added, and will leave comments such as ‘Show me ur n00dz bebe xo’.

A plus side is that you can generally get alcohol, McDonalds and free Condoms off them before Chris Hansen removes them from your property.

All Gay Men are pedophiles, even Jesus said so (Hitler, the extremely good judge of character that he was, also supported this theory).  No explanation needed.

All women are pedophiles and sexual predators, Hitler and Jesus also believed this, and their hypothesis was supported by a report from Childline UK which confirmed that this year reports in Female Abusers more than doubled. Mummy No! 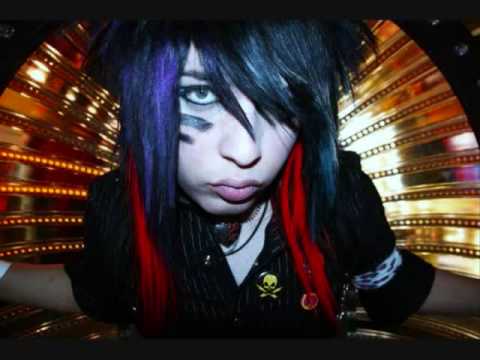 Fat, Gay-Looking, Men in Bands (who have the stolen hair of Asian Women) … are the most feared predators of all … BEWARE any lunatic that looks like this, they will most likely take you down a dark alley (after their gig) and rape you every way possible, and then add you on Facebook afterwards to tag themselves in your fan photos (but only if you’re under 15 and relatively ugly).

In conclusion, GTFO the internet, and watch your back on the way to school, pedophiles can be everywhere and anywhere, but these new breeds are most likely to congregate in Internet Cafes, Prisons and at their Home PC’s.

If you wish to find more info on how to establish whether someone is a pedophile, watch this video:

Have a nice day at School and do your homework so your teacher doesn’t get angry and rape you.

How Not to Get Owned by Aussie
by tdomf_e8e13

[Sticky’s note:  I made a few minor edits to this commendable post, the most significant change being my suggestion to go report cyberstalkers to the FBI, not your local police.  Your local police department will probably lack the resources to investigate a cybercrime; and in my experience the FBI takes online “sex-tortion” complaints more seriously, particularly in cases involving minors.  The author “Incognito” also apparently included his cellphone number in order to contact him; but in general I do not allow phone numbers to be posted on this site, and so I removed it.]

So, everyone probably knows or has heard of  ‘Aussie’ for example. He’s a BMer (blackmailer) who gets girls to

bate on cam, by threatening to DDoS (Distributed Denial of Services). This tactic is horrible, as well as illegal. If caught

DDoSing there is a minimum prison sentence of (approx) 2 years. If you add a sentence of a couple counts of sexual harassment, and

other things that time doubles and possibly(?) triples.

If Aussie has pictures/(?vids) of you bating/fingering on cam, or other personal humiliating things, in which he uses against you to keep you around and doing things for him, just simply block him. He cannot grab your IP (Internet protocol address) if he DOES NOT have direct contact with you.

Tell Aussie he is a fucking faggot and that he needs to go die/get a life, & stop fucking with girls online before you report him to the proper authorities (your local FBI).

Do not worry about the content that Aussie has on you, because it’s just the internet, if you ‘fear’ him he has direct impact on your IRL (REAL LIFE) just report it to the FBI.

That is the end to incognito’s tutorial. If Aussie is giving you problems, just fucking block him.  He does not have the

power/nor resources to do anything more than DDoS.

P.S. NEVER VISIT AN AUSSIE URL STICKAM PAGE BECAUSE HE DOES INFACT HAVE IP LOGGERS!!!!!

Thanks for reading this tutorial on how not to get owned,

So i must not be the only one who thinks this is fucked up, if they fuck or not. this 28 year old kid is dating a 16 year old through stickam. balding living in his parents basement claiming to have 3 gs in the bank, yet living in the family basement. i thinking im jealous of him cause i think thats not acceptable by my standards well anyway here he is the sticky pedo

His little jailbait girlfriend is his number one on his friends list named lizzie, have fun with it go show him a peice of your minds against this to catch a rpedator in the making LOL

[Sticky’s note:  If you already are going to use Photoshop or Paint to edit an image, PLEASE also blur or paint or otherwise REMOVE THE STICKAM LOGO for us!  It save us a lot of time and gets your post published faster.  Stickam has sent us Cease and Desist letters for trademark infringment, so we cannot allow any posts to display their logo.  Blame Gary.]

So this all started out as some random chick who came in my friends live and while we were fucking with her she randomly said this:

So being the shit heads that we are, we started lying and saying we saw it and knew it was her and all this shit to freak her out and piss her off THEN she said this….

AND ADMITTED IT WAS HER HAHAHAH seriously i have never laughed so hard in my life! I mean we were just bullshitting and got that out of her lmao

And shes only 15, very typical for this to happen to girls at this age but the guy who did it is a CREEPER
She told us people that he brags about having caps of such as,
http://www.stickam.com/abbie_aesthetic who is also 15 haha

http://www.stickam.com/leaskyy
The creeper who did it
Hes actually 19 but lies on his profile
She sent me his n00dz so ill post those on n00dz as “Fat Aussie Creeper”

http://www.stickam.com/ianwantscandy
The chick that told us EVERYTHING lmao didn’t even know her

Anyways i thought it was hilarious and i thought that i would share 🙂
Trolling can lead to some weird shit sometimes!

[Sticky’s note:  This daddy is none other than Botts, aka “Daddy Botts,” a notorious old pedofag on Stickam.  Botts, whose legal name is Keith Botts, is fond of having young boys give sexually explicit webcam performances in exchange for money—including Freddy Michael, who is now 17 years old.  Botts has incestuous fantasies and likes to call all these boys his “son.”  Sick fuck.]

Now, before I start, let me say that I actually like Eden. From what I’ve seen, he’s a sweet guy and cares a lot about the people he’s close to, but when I was on his live last night…I couldn’t help but laugh and how pathetic he was acting.

Brandon Hilton asked me for nudes.
I’m fifteen.
Do the math.

I think its immature how someone would post shit about people without knowing them? I know both Subby and Frankie and Frankie doesnt go around doing shit that. On the contrary Subby, you date multiple 14 year olds and play them. You even go as far as asking them for sex as one of your girls stated (Victoria from rancho). You played her and other girls saying “your the only one” while fucking Tatiana Jackson as well. You say he’s ugly? YOU HAVE A FUCKING GAP YOU CAN SHOVE A QUARTER INTO in your mouth.

Get to know people before you spread shit. This E.T. looking mother fucker is the new slut of sluts if you ask me. I’ve herd a lot of stuff recently about the scandals he has been having such as going out with countless amounts of people. One of these girls being 14. He is 18. He tried getting this girl in AZ to move in with him while he has been dating these other girls and told her he is not involved with anyone or hasn’t hooked up with anyone in months. I hear he goes to these little parties with these little girls and while other people are hooking up he will invite his fingers up in a girls you know where and yeah. While doing all this he still gathers lots of other girls to do this to. Oh and the other crazy thing is he will do all this in front of the girls he dates. On top of all this dirty slut business he also likes to pick fights with people but every time things are gonna go down he bitches out or gets his friends to fight for him. Kinda lame if you ask me. Anyways. I just wanted to let everyone know if you want to get involved with this boy know his history from the past few months first. :]